With 3 billion active users, Facebook holds the leading position among all social media platforms. When the platform was first created, its primary goal was to connect people who went to the same college or high school, so there weren’t any restrictions. But as soon as Facebook reached a significant number of users, the platform limited the number of friends one person could have to 1,000. Later, the limit was increased to 5,000.

The friend limit on Facebook is set firmly at 5,000.

Many years ago, the limit was significantly smaller, as it was hard for a new platform to handle large quantities of friends in one account. But as the platform grew throughout the years, Facebook made its algorithms more sophisticated and raised the friend limit. In the future, the platform might increase the limit even further, but for now, these are only rumors.

When you scroll down your Facebook timeline, you don’t see all your friends’ posts. Why so? Facebook prioritizes things you are more likely to be interested in and shows posts from selected accounts. For instance, if you have 5,000 friends, you will probably see content from only 200 of them.

According to scientific studies, a human can sustain only around 150 friendships at one time with only about 50 close friends. It is fairly unlikely that somebody can have 1,000 friends, or let alone 5,000.

Facebook understands that it’s impossible for Facebook users to engage with all the content their friends post. Which is why it uses its algorithm to sort posts in your feed. The less you engage with the person, the fewer posts you’ll see from them. However, if the other person often engages with your content, they will still see your posts frequently.

An interesting fact about engagement is that Facebook likes to test us continuously. Sometimes, it can push posts from people with whom you haven’t interacted for a while to the top of your news feed. The platform uses this trick to help you renew friendships with people if you want to.

Additionally, if you don’t post anything, it does not mean that nobody will interact with you. If you post something occasionally, some users will get a notification saying, “<Your Name> just posted after a while.”

Once you reach 5,000 friends on Facebook, you won’t be able to add more people. From that point on, you will see a message saying “Unable to send a friend request” every time you want to add a new friend.

Facebook will also suggest turning your account into a brand page. They believe that since a person cannot maintain over 5,000 friendships, you might be a celebrity who could benefit from running a personal brand page on the platform.

You can’t get over 5,000 friends. But you can turn your page into a brand page and get over that 5,000-follower limit.

Is there any limit on the number of Facebook friend requests? 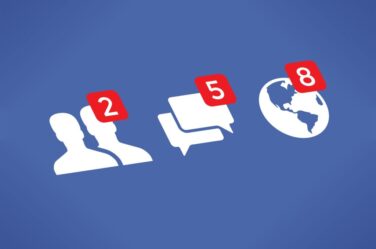