The logos of social media platforms are not just pictures used to represent the platforms – they are iconic and instantly recognizable by most people in the developed world. This means that no matter how simple the logo may seem, after all, most of them are just one letter or the platform’s name written out, a lot of design work has gone into developing them. Every aspect of logos for social media platforms is well thought out and the font is one of the most important things in these logos. In this article, we will tell you everything you’ve ever wanted to know about the Facebook logo font and fonts that other social media platforms use.

So what are the differences between Facebook’s old and new logo fonts? There are some minor differences in the angles the two fonts use but the main difference is the letter A. The old Facebook logo font used a double-story a which has a hook above it. The new font, on the other hand, uses a single-story a, which does not have a hook above it.

If you’re wondering which font Facebook uses for the rest of their website, in posts, etc., the font differs depending on the device you’re using. For instance, if you’re using a Windows PC, then you will see the Tahoma font on Facebook, if you’re browsing the platform from a MacBook, then it will be Lucida Grande. On Android phones and tablets the font is Roboto, while iOS devices use Helvetica Neue.

The most commonly used Twitter logo only includes the letter T but when the name of the platform is written out, it uses a custom font that is not available to the public. However, Maniackers Designer has created a font that’s almost identical to the Twitter logo font and you can download this font called the Pico Alphabet font online.

When you visit the Twitter platform from your mobile or desktop devices, the font you will see on the website is Gotham Narrow SSm. This font is available to the general public.

Google has been using the same font since September 2015. The font of the new Google logo is very similar to Futura, however, there are some key differences between the two fonts. For instance, the e is slanted in the logo while in Futura it is straight and the l in the logo is a bit shorter than in the Futura font.

As for the various sign-in buttons, Google uses Roboto Medium, the same font as what’s used on Android devices. 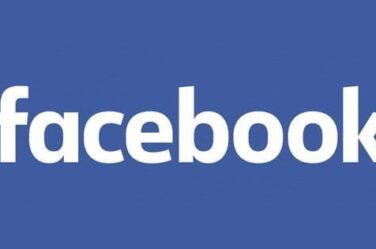