If you are closely monitor your YouTube views, you may see that most of the time, the number of views under your video will increase, but sometimes it can drop suddenly. What is the reason for this? YouTube users often wonder if this is caused by glitches in the platform. However, most of the time, these drops in views are caused by the way YouTube analyses views views.

The way YouTube used to count video views in the past

In the previous years, YouTube’s control measures were applied to only videos that reached 300 views. Videos that were viewed fewer times didn’t get analyzed because it was didn’t make sense for the platform to consider every video that was ever uploaded. Users often saw “301+” instead of the exact amount of views and this number would remain frozen for days or even weeks. After that, the number would rapidly increase, and then new views would be added at a slower pace.

So why wasn’t YouTube showing the exact view count? The explanation is simple – YouTube counted every view until the number reached 300 and after that, the platform would audit all the views. When the audit was finished, the views that occurred during the audit were added and, at the same time, the platform took away some views it considered fake. Here are some signs that YouTube took into account when detecting fake views:

So after your video reached 300 views, YouTube would trigger an audit, and based on the signs listed above, you could see the number of your YouTube views drop. However, this method caused an inconvenient gap in the view counting process, so YouTube changed the way it audits the views.

Due to the YouTube data processing centers’ development and improved algorithms, now the auditing process is much more smooth. Every video published on YouTube goes through audits in real-time.

Even though YouTube has improved the algorithms it uses for analyzing videos, there are still cases when issues with YouTube views are caused by technical defects. In 2017, there was a case when the users could see their videos performing surprisingly well and then, all of a sudden, the number of views would drop drastically. There were a lot of complaints about lost YouTube video views when, in fact, they earned these views by mistake and YouTube took them away to fix the issue.

Another problem some users encountered in the same year was the number of their subscribers rapidly going down. As it turned out later, a glitch in the code caused one unsubscribed user to be counted as two. Some users even started to build bots that would rapidly subscribe and unsubscribe from various channels. Later on, YouTube restored the correct subscriber numbers and some users were banned for botting.

A YouTube glitch that occurred in 2019 was similar to the issues listed above. As a result, many YouTubers started to panic about their view numbers. In any case, YouTube has its flaws but the platform generally fixes all issues very quickly and things go back to normal after that.

This can happen due to the YouTube audit process or a glitch. If you see your YouTube video views dropping, maybe your video looks suspicious to YouTube and the platform thinks that you’re gaining fake views. Your views can also drop because of a YouTube views glitch. In this case, it is a technical issue that YouTube is likely to resolve soon.

Why does the number of my YouTube views decrease?

YouTube is now auditing views on the platform in real-time, so you can see the number of your views fluctuating due to the platform removing views it perceives as fake and adding new views.

Google has made changes to the way YouTube views are counted in India, so users could see their views in the Indian counting method instead of millions and billions on Android devices. This can be fixed by choosing the English language in Settings and restarting your device. 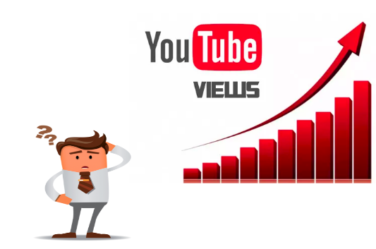